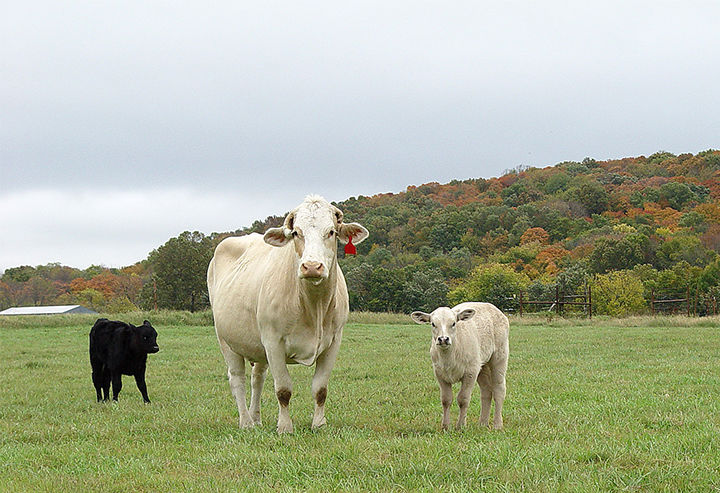 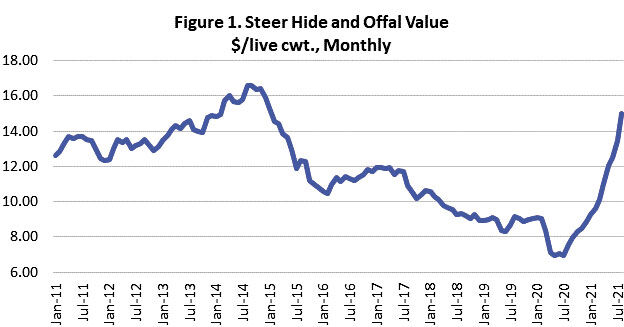 By-product values for cattle have increased dramatically in the past few months.  Hide and offal values, which have generally declined in recent years, bottomed during the early stages of the pandemic in 2020 to the lowest levels since 2009.  In the past 13 months, steer hide and offal values have risen from $6.93/cwt. on a live fed steer basis in July 2020 to an August, 2021 value of $14.99, an increase of 116 percent.  The current by-product value is the highest since January of 2015.  Figure 1 shows the monthly average steer hide and offal values for the past decade.

The majority of hides and offals are exported.  Over the past decade, exports of hides, variety meat, and tallow have added an average of $2.42 billion to total beef industry exports.  In 2020, the value of hide, variety meat and tallow exports was $1.7 billion.