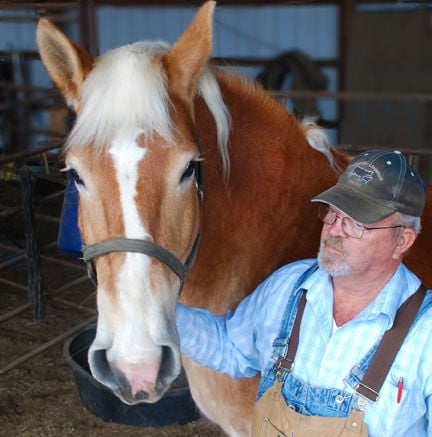 Edna, Kan., horseman Mike Stine with Josie, one of his Belgian mares. 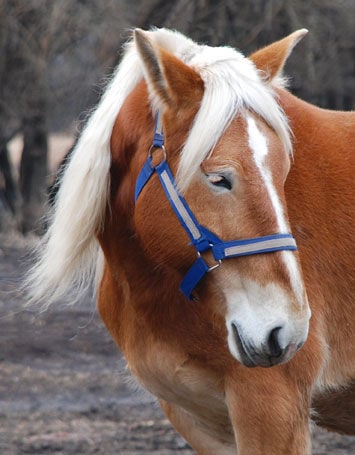 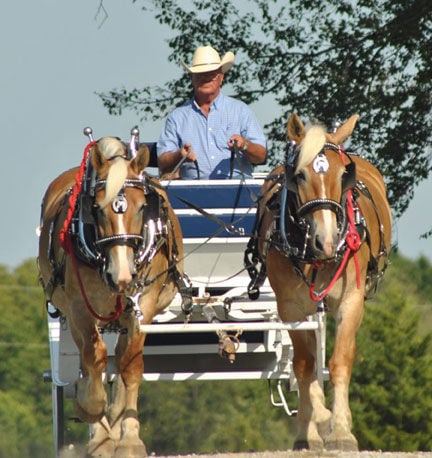 Stine Carriage Service provides a stylish ride for folks in the four-state area. 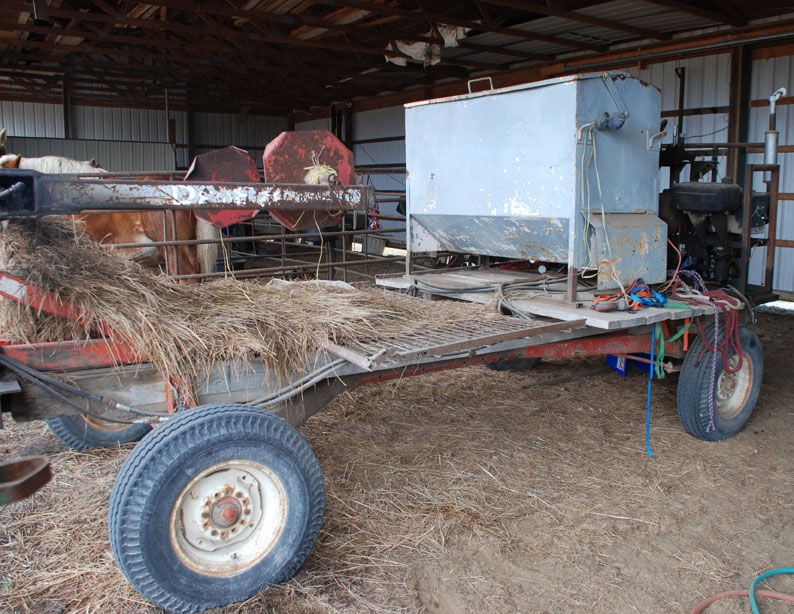 Edna, Kan., horseman Mike Stine with Josie, one of his Belgian mares.

Stine Carriage Service provides a stylish ride for folks in the four-state area.

When Mike Stine talks about a horse being “good-headed,” he’s talking about what’s in it, not how it looks.

Horse smarts are the number one criterion for the Edna, Kansas, horseman. Stine Carriage Service puts his teams of Belgians out in public where things can go wrong in a hurry if a horse doesn’t have the right temperament, experience or discipline.

Like loud noises, and kids running up to the horses and clueless car drivers.

“The horses will let you know,” Stine continues. “If their ears perk up and their heads raise, you’d better not be asleep. That’s when you appreciate having horses with good minds.”

Stine bought his first draft horses about 10 years ago —something he’d always wanted to do. The seller showed him one time how to put on a harness and after that he was on his own. And although he’d been around horses most of his life, driving from behind rather than from up-top was a whole new experience.

“I had some pretty interesting rides,” he says with a smile. “It was trial and error but I learned and I read a lot. It’s not an approach I’d advise to anyone interested in driving horses but I got smarter and I’m still learning every day.”

His advice for the inexperienced, by the way, is to spend some time actually driving a team and then, if you decide to make a purchase, get an older, well-broke team from someone you trust.

Stine has four Belgian mares that do double-duty as broodmares and driving horses. Since he likes draft horses for their dispositions and intelligence more than their size, Stine’s Belgian mares are moderate in size.

“For me, a 16- to 17-hand horse that weighs about 1,800 pounds is plenty big. I prefer old-fashioned, farm-type horses rather than the fancier hitch horses you see that tend to be a little hotter-blooded.”

The blonde Belgians are bred to Stine’s black Percheron stallion and there are now some bay fillies for whom Stine has high hopes.

The foals are imprinted upon birth and handled extensively for a few days. They’re haltered and tied and, and when it comes time for their mothers to pull a carriage, wagon or surrey, they’re tied right alongside.

“It does them a world of good,” Stine says. “Well before it’s time to break them to drive, they’ve already been there, done that. It makes a better horse out of them.”

And when it comes time to hitch up a team, there are plenty of choices. Although Stine has a full complement of horse-drawn farm equipment, his teams will be most frequently hauling people.

He has a fancy four-seater soft-top white carriage that’s often the choice for weddings and proms and then there’s a three-seat surry and other “people hauling” wagons.

“I’m mainly in the people hauling business,” he explains. “I’ll use them here on the farm some but they’re pulling a carriage a lot more than a mower or a disc.”

Stine, who has a herd of commercial cows, does have one implement that has come in handy — a horse-drawn hydraulic big bale hauler and cake feeder that he built himself. It works great but he admits he usually opts four wheels instead of eight hooves.

“The biggest problem with using the horses more is that it is time-consuming,” he observes. “Actually feeding the hay doesn’t take that much longer but it takes me 45 minutes to get a couple of horses in, feed them, harness them and get them hooked up. And, I have to admit, on cold days I like my pickup pretty well.”

In addition to weddings, Stine is called on for heavy-horse transportation at several special events in the area, including parades and open house celebrations such as those held by Bartlett Co-op and Coffeyville Feed.

“It’s sure not something I’m going to get rich at but I enjoy it. Basically, it’s a hobby and pays at least part of my expenses.”

And sometimes it’s just for the sheer pleasure and satisfaction of driving a team of good horses through the scenic countryside the same way farmers and ranchers — and everyone else — did a couple of generations back when horsepower was real and a nice ride meant fine horses and a fancy rig.