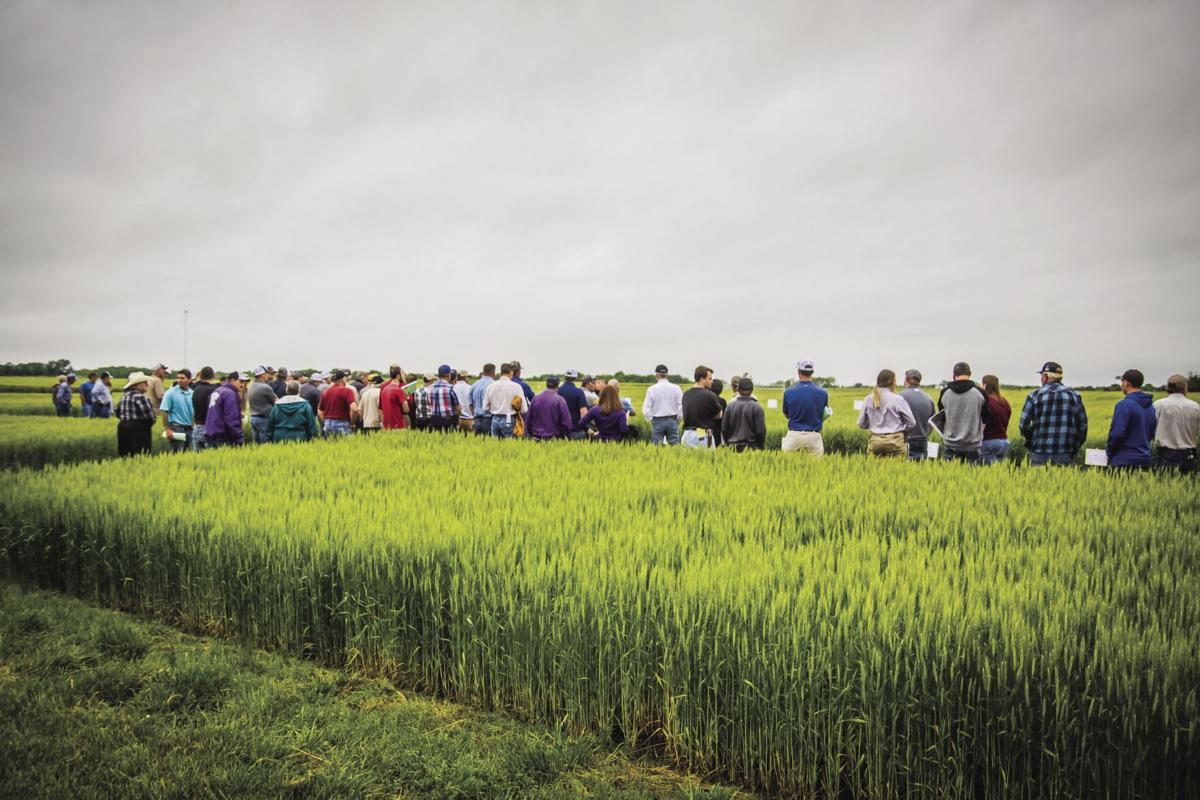 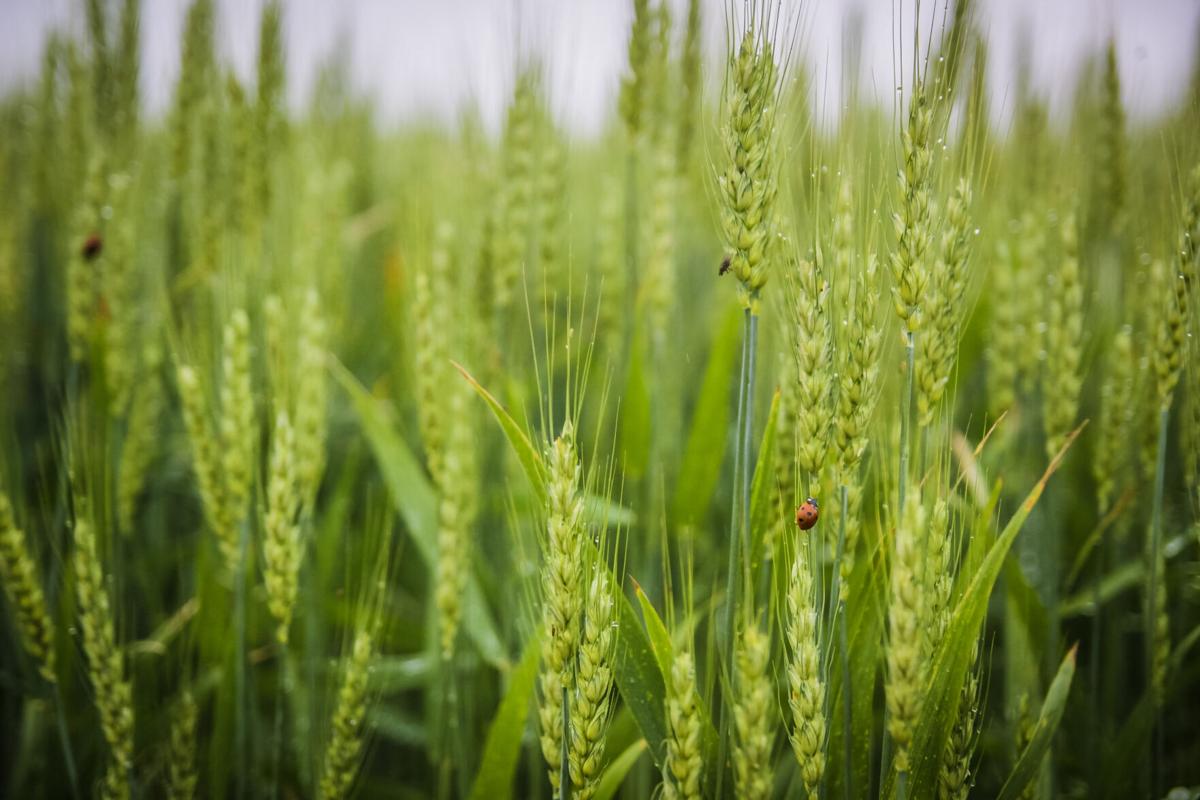 Small windows of opportunity to treat it, paired with the near-perfect conditions needed to exacerbate it, can make Fusarium Head Blight a frustrating disease for wheat producers to combat.

Fusarium Head Blight causes white heads in the field and is caused by a pathogen that survives in crop residue.

“It really became a problem in the ‘90s with the adoption of reduced tillage practices,” Onofre said.

In addition to infecting wheat crops, the pathogen can also lead to diseases in soybeans and corn crops, and can be difficult to remove from a system once it’s there, Onofre said.

“One of the things that makes management so tricky is that this is a really cosmopolitan pathogen,” Onofre said. “It affects a lot of things and is not picky at all.”

Choosing a wheat variety with resistance to Fusarium Head Blight, especially when following a corn crop, can minimize pathogen impact.

“I don’t think I’ve ever seen a variety that has an absolutely perfect immune resistance,” Onofre said. “It’s hard to get that in a really high-pressure situation. But there are a lot of varieties that do really well, and when you marry them with a fungicide, that can be a really, really successful package.”

Once wheat is planted, producers should be aware of weather conditions that may lead to Fusarium Head Blight infections.

“Fusarium Head Blight is not a problem every year because it needs that perfect weather condition to line up with the crop growth stage when the crop is susceptible,” Onofre said.

Wheat is only susceptible to Fusarium Head Blight while flowering, meaning any fungicides applied before flowering can be ineffective in managing the disease.

“It also needs to be on the warmer side and rainy, or high moisture, during that period,” Onofre said. “It needs that moisture for the spores to get from the residue, whether it be corn residue or wheat residue, and splashed up into the canopy.”

To help producers better determine if weather conditions will lead to high levels of Fusarium Head Blight, a forecasting tool is available at www.wheatscab.psu.edu.

“This website will basically forecast disease risk going out to 72 hours.” Onofre said. “It will give you a window of risk in your region that takes into account the relative humidity and rainfall during the next forecasted 72 hours. So, it helps get a little bit of a jump on what that favorable weather looks like for disease development during the flowering window.”

“Rainfall can often get in the way of getting in the field for that perfect application,” Onofre said. “The good news is most of these fungicides are really rain fast.”

While the recommendation is typically to apply fungicide at the very beginning of the flowering window, Onofre said K-State research has suggested benefits can still be seen in later applications.

“There’s a lot of reasons why that window might be missed,” Onofre said. “It’s really hard to time and not many people are standing out there watching and waiting for the anthers to pop out. You can be five, even seven days after that flowering start. But earlier than flowering just doesn’t work.”

Producers don’t have many options when it comes to fungicides that can be used for Fusarium Head Blight.

“There are a lot of fungicides out there on the market, but there are just a small handful that are labeled for Fusarium Head Blight.” Onofre said. “That's because there's just a limited number of products in this group that can actually control it.”

The four fungicides producers are typically looking to use are Prosaro, Proline, Caramba and a newer product on the market, Miravis Ace.

“Those all have an efficacy against Fusarium Head Blight,” Onofre said. “It’s just critical we get the timing right with applications, that can really make or break them.”

Despite infecting wheat crops at flowering, producers may not see symptoms of Fusarium Head Blight until its too late to treat for.

“Its one of those things you have to treat for based on the weather and conditions of the field,” Onofre said. “You can’t necessarily scout for it like Stripe Rust. It’s not so obvious in the field.”

Fusarium Head Blight produces the mycotoxin Deoxynivalenol within infected wheat kernels. This toxin is harmful to both humans and livestock, and is closely regulated, leading to price discounts for producers dealing with infected crops.

“Fields that have Fusarium Head Blight infections should be harvested as soon as possible,” Onofre said. “That’s the K-State recommendation. The longer they sit in the field, if there’s any rainfall they will keep accumulating that toxin.”

While infected wheat kernels sometime appear chalky or white, other kernels can contain high levels of Deoxynivalenol while appearing healthy.

“That’s a pretty big problem and it can be a surprise when that discount comes,” Onofre said. “We recommend some storage practices. If there is Fusarium Head Blight in the field, you really want to keep the moisture of that grain in storage low. The Deoxynivalenol can keep accumulating if there is high moisture in storage.”