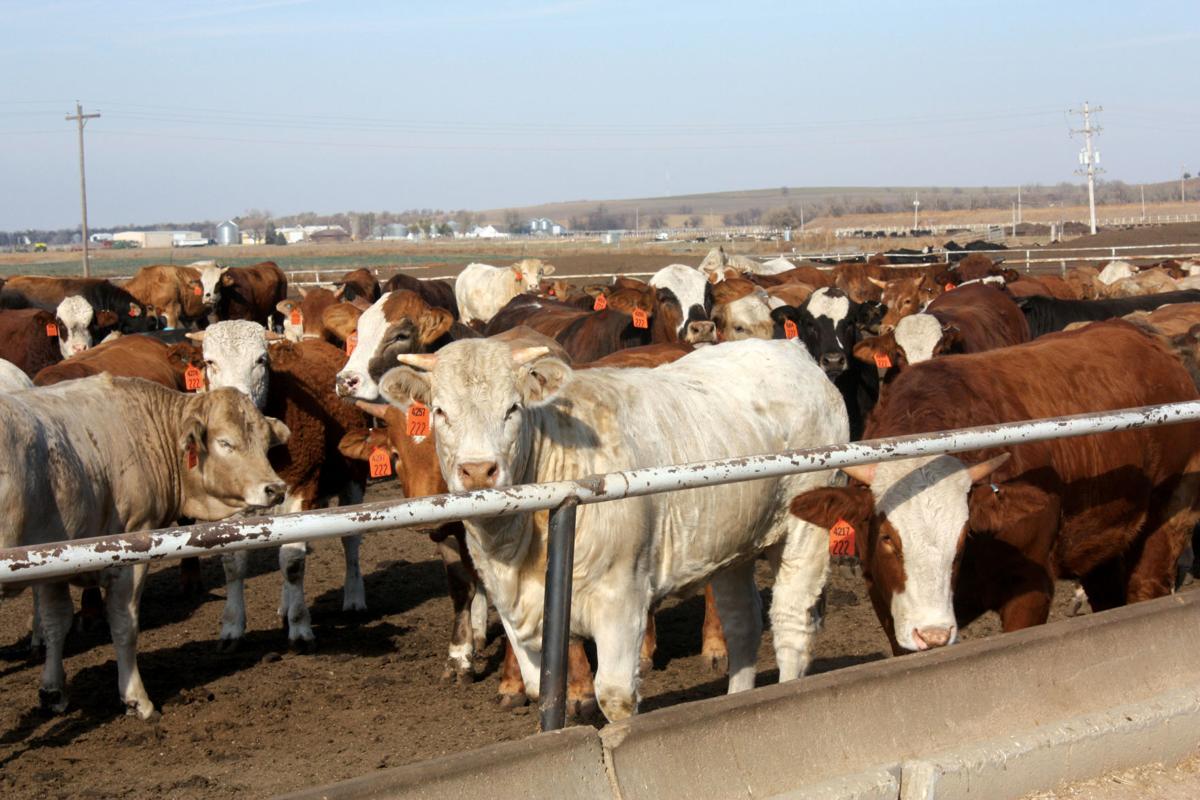 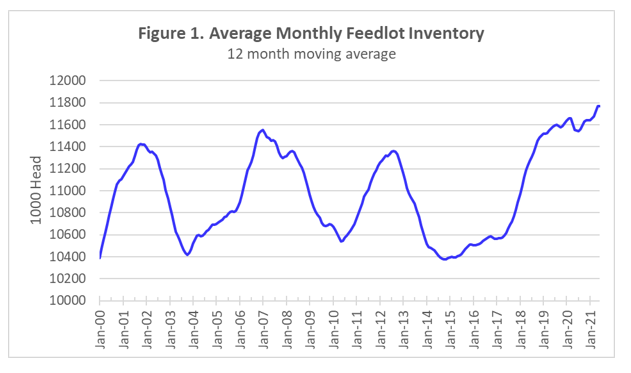 The big question is whether the feedlot situation is improving to a point where the fed cattle market can emerge from the capacity cap that has limited the market in 2021. The answer is that, yes, the situation is improving but we are not quite there yet. The February 1 on-feed total was the highest of any month since February 2006 and reflected the buildup of feedlot inventories carried over from pandemic disruptions last year. Feedlot inventories have dropped by 3.4 percent from February to June, the largest decrease in that period since 2012. The average change in feedlot inventories from February to June in the five years from 2016-2020 has been a slight increase of 0.3 percent.

The current fed cattle market will show improvement faster than the moving average in Figure 1 (which takes time to reflect changing conditions) and that appears to be happening. Cash fed cattle prices last week averaged $122/cwt., the highest level in eight weeks. Barring some new disruption, feedlot inventories should drop below 2020 (and 2019) levels in the next month or two and remain there going forward. However, the ongoing drought could represent such a disruption if dry conditions force feeder cattle into feedlots sooner than usual. Drought could slow down the process of tightening beef supplies in 2021 but increased cowherd liquidation would lead to even smaller supplies in the coming years.