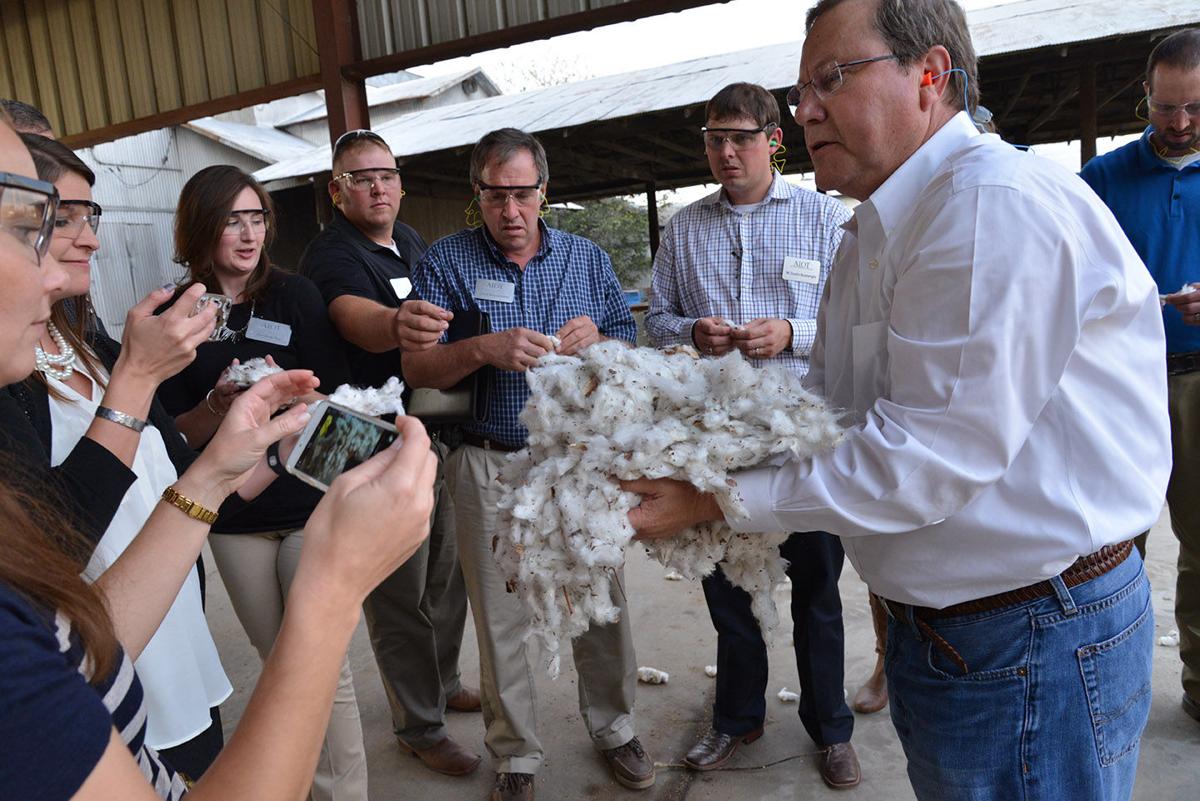 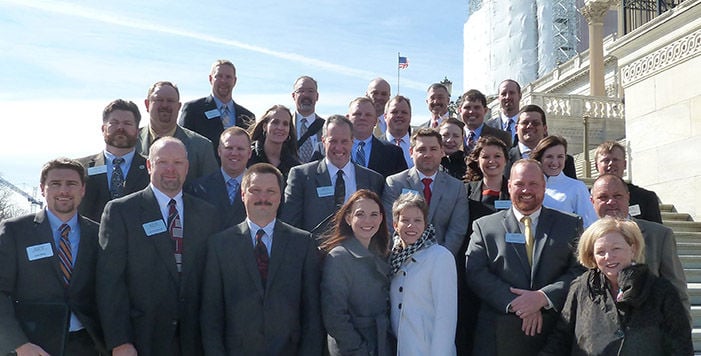 With most of the public generations away from the farm, some would say agriculture is at war — with misinformation, activists and regulations. So who is stepping up to bat for farmers and ranchers?

Jay Sloniker, Jamie Johansen and other members of the Missouri Agricultural Leadership of Tomorrow program have accepted the call and volunteered to be advocates for agriculture.

“The program is basically looking for participants who are positioned to and have the ambition to be outstanding advocates for agriculture,” Sloniker said, adding the anyone in the industry who’s “got the desire to carry the flag for agriculture” can apply for the program.

Sloniker explained those who are willing to participate in policymaking and government make good advocates for the different enterprises within agriculture.

Johansen added people who are open-minded to new ideas and want to learn something new and different make great candidates for ALOT. Those committed to the industry and those willing to push themselves to the next level in agriculture will benefit greatly from the program.

“The program does a really good job of getting a diverse group of people,” Johansen said. Johansen is the owner of Honey Creek Media. Sloniker is the vice president of ag and business at FCS Financial in Nevada. Both Johansen and Sloniker are also beef cattle producers. The group also includes farmers and others involved in aspects of the agricultural industry.

ALOT’s mission is “to provide advanced leadership experiences that will make a positive impact to the future of agriculture and agribusiness in Missouri and beyond.”

Participants attend 10 in-state sessions, a week-long seminar in Washington D.C., and a two-week international experience where they have the opportunity to fine tune their leadership skills, learn about agricultural issues, and network with others in the industry.

Both said the program has allowed them to expand their network where they have found “lifelong colleagues.” Johansen said the biggest benefits she has received from the ALOT is the networking and the confidence she developed over the course of the program.

“It put me in front of people who helped develop my name and credibility,” Johansen said.

“I really think the program pushes us all to our limits,” she said, adding they’ve had to be open-minded to new ideas and have been exposed to different views and issues over the past two years. She explained more introverted participants were encouraged to use their voices and the extroverts to sit back and listen.

“It’s a big time commitment,” Johansen said. “But I look back and don’t regret any of the sacrifices I’ve made.” She explained the program has opened her eyes to the importance of ag policy issues.

Sloniker explained their meetings with state and national legislators helped him understand how they can effectively impact the decision-making process of legislators.

“That’s a key piece of the program — understanding where the local, state and national government stands,” he explained. They also met with representatives of bureaucratic agencies such as the Environmental Protection Agency and the Missouri Department of Conservation.

“We spend a fair amount of time visiting them, understanding what their functions are, how to work together, be responsible, and make sure we have fair representation,” he added.

The capstone to the program was an international trip to Vietnam. Class XVI learned how countries like Vietnam are impacted by Missouri agriculture and how the relationship between Vietnam and the U.S. will progress in the future.

“It gave me a better handle on our role on the international stage,” Sloniker said. “It gave me perspective on the global ag situation.”

Johansen also said her time in Vietnam helped her see agriculture in a bigger picture.

The class also made a trip to Washington D.C. where they met with Wayne Pacelle, chief executive officer of the Humane Society of the United States. Sloniker said the meeting was an exercise in understanding the opposition to the agricultural industry and helped him learn to stand up for his industry with fact-based information.

“We’ve done such a good job of providing a safe and abundant food supply that we’ve become a victim of our own success,” Sloniker said, explaining people have become removed from agriculture and policies have been made based on emotion rather than science. He believes people are going to need to get back to understanding agriculture in order for the nation to maintain the relatively low percentage of gross income currently spent on food.

“I never placed too much weight on social media until this class,” he said. However, he now recognizes social media can be an enemy or a tool — depending on how you use it.

“ALOT has helped me  create a voice and push myself to step out to leaderships roles,” Johansen said. “I think it’s given me the end to start the conversation.

“This gives me the opportunity to share agriculture’s voice.” £