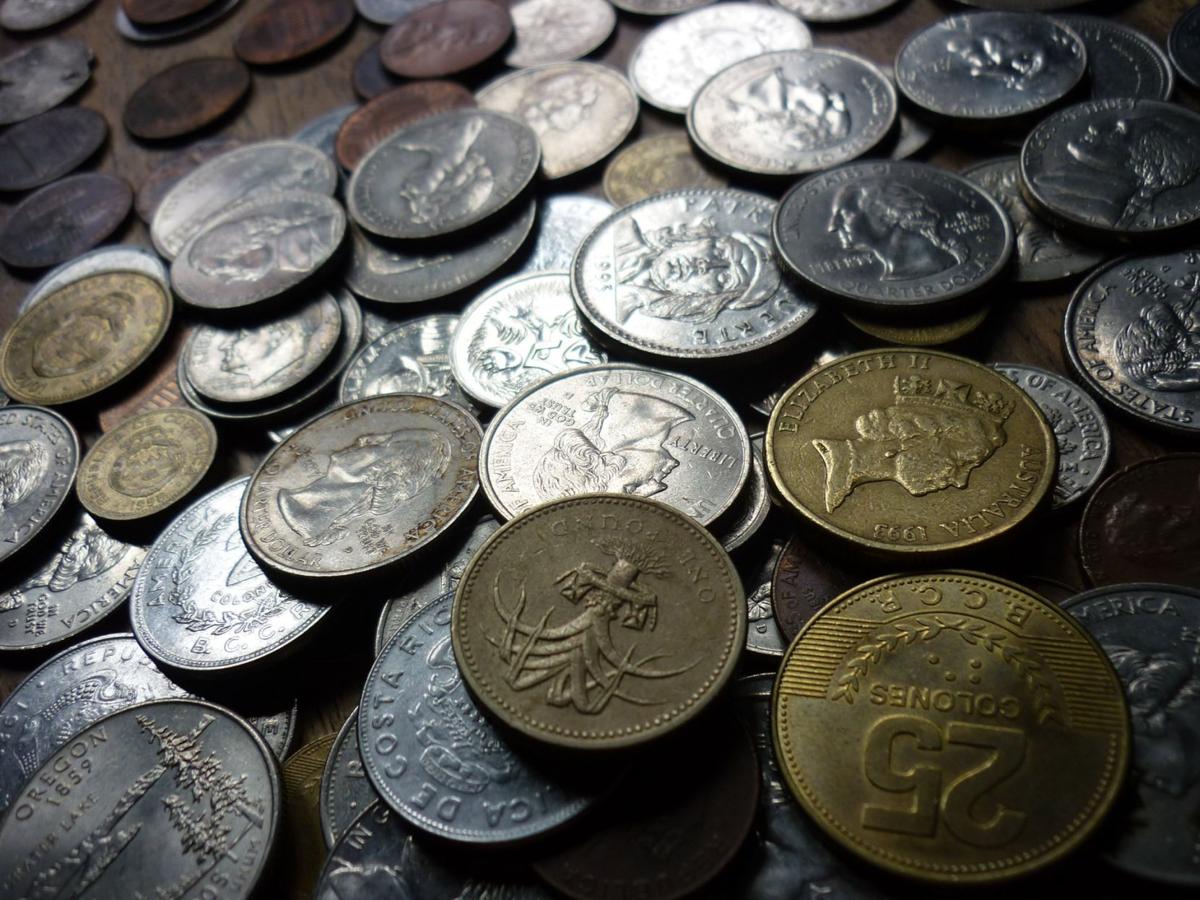 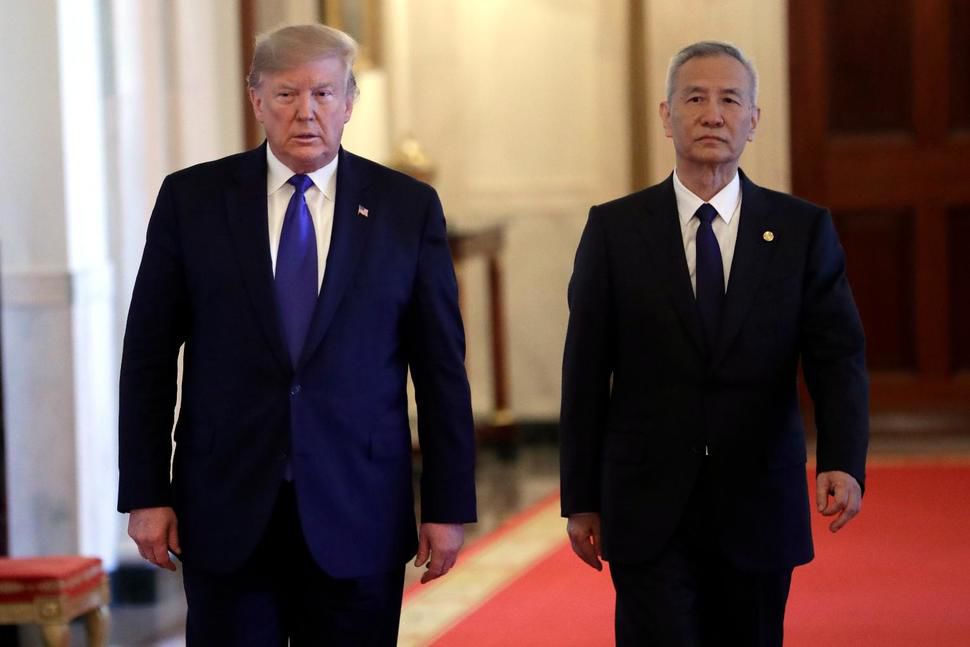 WASHINGTON (AP) — President Donald Trump on Wednesday described an initial trade agreement with China as “righting the wrongs of the past and delivering a future of economic justice and security for American workers, farmers and families."

The president was preparing to sign a trade agreement with China that is expected to boost exports from U.S. farmers and manufacturers and ease trade tensions between the two countries going into November’s presidential election.

For Trump, the White House ceremony gives him the opportunity to cite progress on a top economic priority on the same day that the House votes to send articles of impeachment to the Senate for a trial.

Trump and China's chief trade negotiator, Liu He, met at the White House to sign the modest agreement. It is intended to ease some U.S. economic sanctions on China while Beijing would step up purchases of American farm products and other goods. The deal would lower tensions in a fight that has slowed global growth, hurt American manufacturers and weighed on the Chinese economy.

But the “Phase 1” agreement would do little to force China to make the major economic changes such as reducing unfair subsidies for its own companies that the Trump administration sought when it started the trade war by imposing tariffs on Chinese imports in July 2018.

Larry Kudlow, Trump’s chief economic adviser, said the agreement vindicated the president’s strategy of using tariffs in trade negotiations, though not in every instance. “I think with China he was exactly right,” Kudlow said. ”I think the tough tariffs hurt their economy and made them much more amenable to a good deal.”

Most analysts say any meaningful resolution of the main U.S. allegation — that Beijing uses predatory tactics in its drive to supplant America's technological supremacy — could require years of contentious talks. Skeptics say a satisfactory resolution may be next to impossible given China's ambitions to become the global leader in such advanced technologies as driverless cars and artificial intelligence.

This first phase “hardly addresses in any substantive way the fundamental sources of trade and economic tensions between the two sides, which will continue to fester,” said Eswar Prasad, a Cornell University economist and former head of the International Monetary Fund's China division.

The thornier issues are expected to be taken up in future rounds of negotiations. But it’s unclear when those talks might begin, and few observers expect much progress before the U.S. presidential election in November.

“Phase 2 — I wouldn’t wait by the phone,’’ said John Veroneau, who was a U.S. trade official when George W. Bush was president and is now co-chair of the international trade practice at the law firm Covington & Burling. “That is probably a 2021 issue.’’

The U.S. has dropped plans to impose tariffs on an additional $160 billion in Chinese imports, and it cut in half, to 7.5 percent, existing tariffs on $110 billion of goods from China.

The deal may be most notable for what it doesn't do. It leaves in place tariffs on about $360 billion in Chinese imports — a level of protectionism that would have been unthinkable before Trump took office.

Beijing’s retaliatory tariffs affect more than half of American exports to China. The average U.S. tariff on Chinese imports has risen from 3 percent in January 2018 to 21% now.

The administration argues that the deal is a solid start that includes Chinese commitments to do more to protect intellectual property, curb the practice of forcing foreign companies to hand over sensitive technology and refrain from manipulating their currency lower to benefit Chinese exporters. In advance of Wednesday's signing, the Treasury Department on Monday dropped its designation of China as a currency manipulator.

By maintaining significant tariffs on Chinese imports, the administration retains leverage to force Beijing to abide by its commitments — something the United States says Beijing has failed to do for decades.

The administration contends that however narrow the first phase may be, it represents a significant breakthrough.

Derek Scissors, China specialist at the American Enterprise Institute, said the trade war has already delivered a benefit for Trump, even if it hasn’t forced Beijing to make major changes to its economic policy: Trump’s tariffs have reduced Chinese exports to the United States and narrowed America's trade deficit with China.

The president has long lambasted the U.S. trade gap with Beijing as a sign of economic weakness, though many economists disagree. A wide trade deficit can actually reflect economic strength because it means that a nation's consumers feel prosperous and confident enough to spend freely — on imported goods as well as on home-grown goods.

So far this year, the U.S. deficit with China in the trade of goods has declined by 16 percent, or $62 billion, to $321 billion compared with a year earlier. The deficit will narrow further if Beijing lives up to its pledges to buy dramatically more American imports.

Trump’s tariff increase has proved to be a headwind for China's economy, which was already slowing, though the damage has been less than some expected. Chinese global exports eked out a 0.5 percent increase in 2019 despite a plunge in sales to the United States, according to Chinese customs data.

Chinese exporters responded to Trump’s tariff hikes by shipping goods to the United States through other countries and by stepping up sales to Asia, Europe and Africa. The government reported double-digit gains in 2019 exports to France, Canada, Australia, Brazil and Southeast Asia.

Economists said the tariff war slowed Chinese growth, which hit a multi-decade low of 6 percent in the quarter ending in September, by as little as 0.6 percentage point. Weak domestic demand and the cooling of a construction boom inflicted more damage.