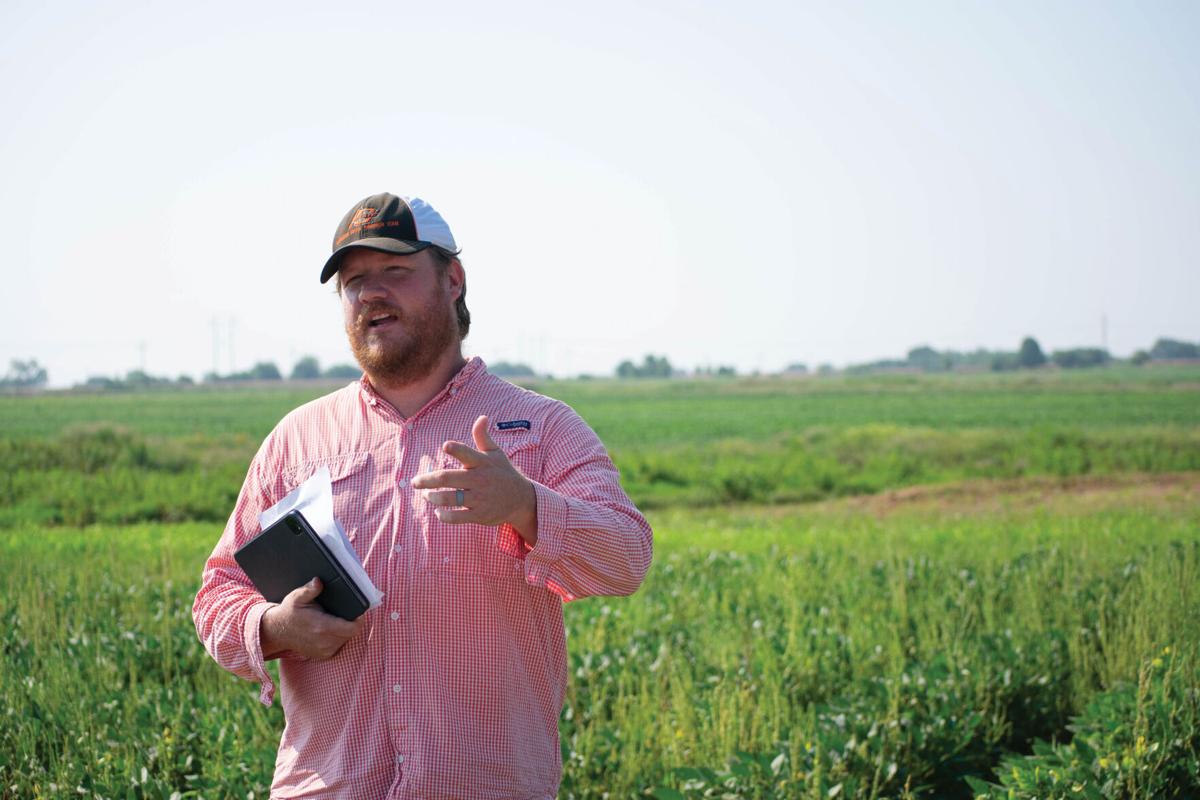 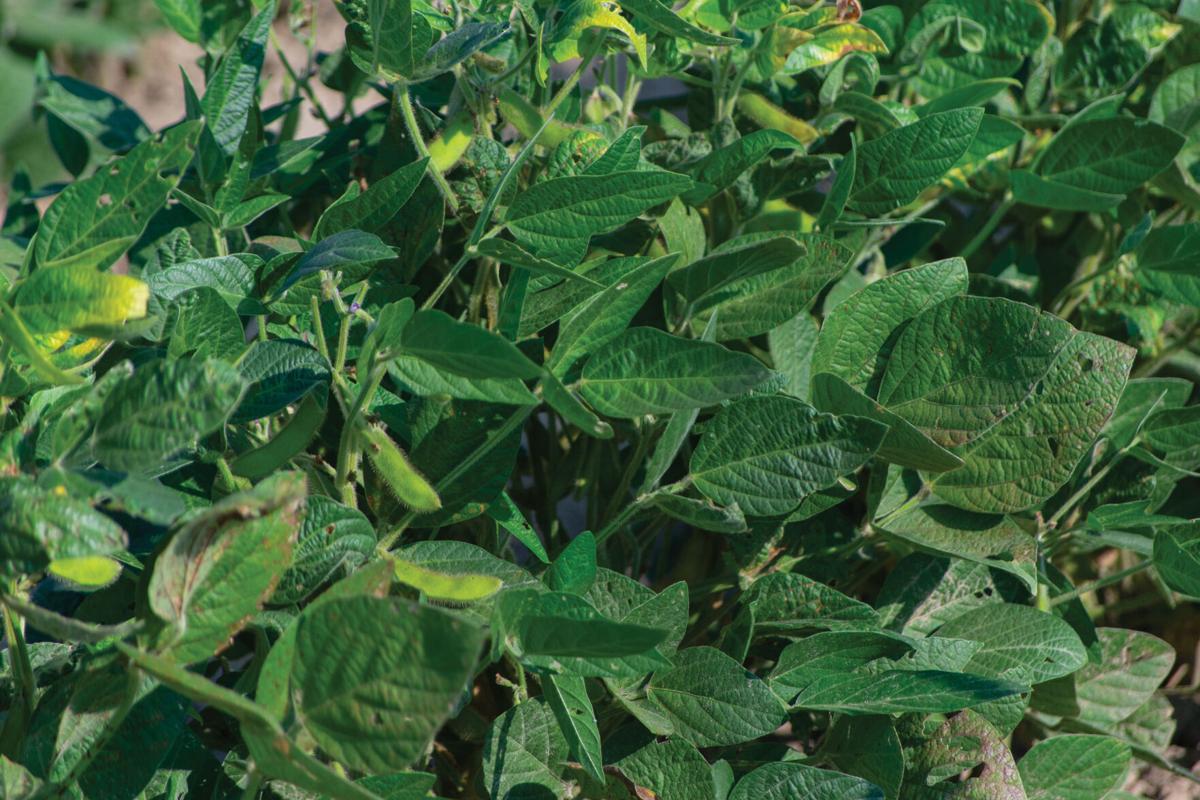 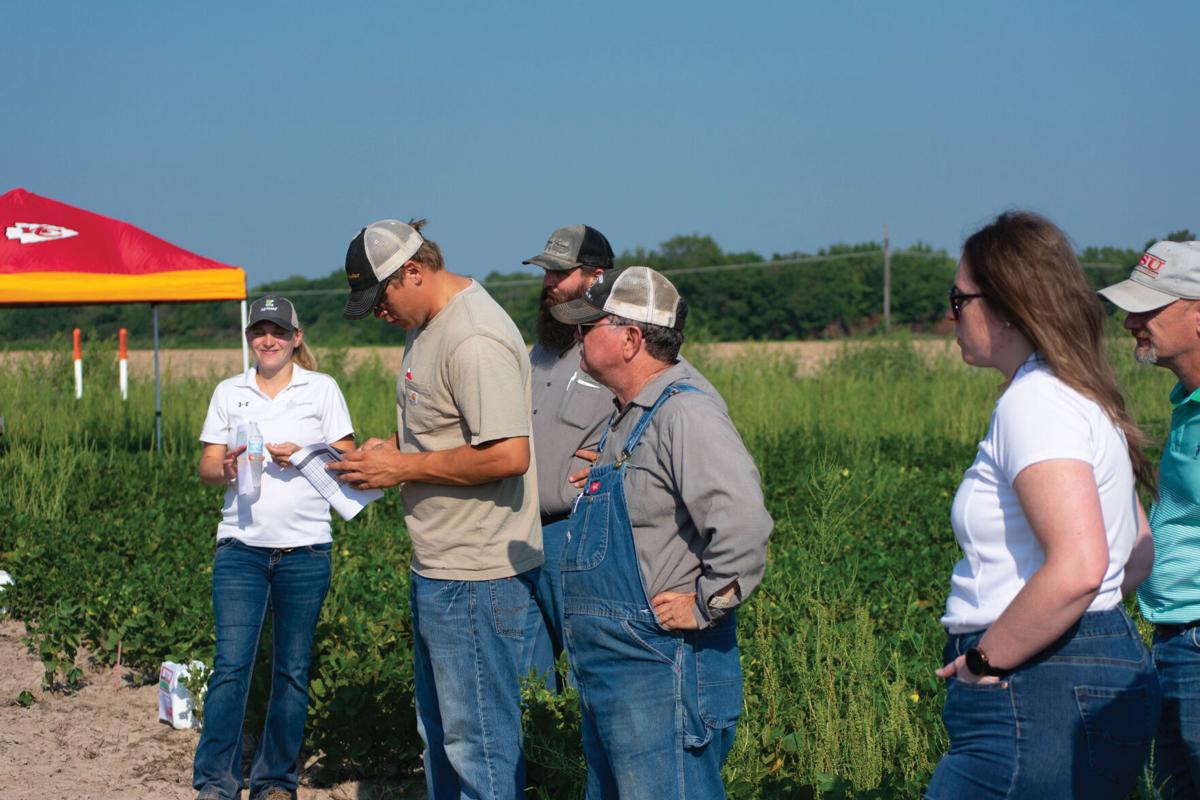 “Growers just talk in pods, flowers, what have you. While I think that's okay, it's ultimately important to make sure that you know your growth stages,” Lofton said. “Knowing the growth stage basically tells you exactly what that plant is going through.”

Over the past year, Lofton and his team have been collecting physiological measurements on test plots across Oklahoma.

“Every two weeks, we went out and measured height and canopy coverage,” Lofton said. “Once the plants went reproductive, we've moved to height, canopy coverage, node count, and then we count every inflorescence on the plant.”

Lofton has found almost every soybean variety acts as a semi-indeterminate in Oklahoma.

“We cannot, based on our environment, really flex that true determinant nature,” Lofton said. “We really just don't have the environment to typically flip that switch hard. Most of our determinants that we see as true determinants, get about 70 to 80% of its height and its node before we go flowering, and kind of pick up that extra 25 to 15%. Our indeterminants will get to about 40 to 50% of height and total node production before it flips, and then there's an array everywhere in between.”

When plants are flowering, Lofton said producers may see anywhere from 300 to 700 flowers on a plant, but they shouldn’t expect to maintain those numbers.

“Whenever you go out there and you see your plant with all these flowers, know that bulk majority of those flowers that you have are not going to be there at the end of the season. That's okay,” Lofton said. “Even when we go into pod development, we can typically still have 200 to 300 of those baby pods produced on a plant. We can pollinate a bulk majority of our flowers quite successfully and those still aren’t going to make it and that’s okay.”

Unlike the Midwest, Oklahoma producers often see a loss in pod numbers after the critical R6 growth stage due to late season droughts and stinkbug problems, Lofton said. But while counting pod numbers may not be an accurate measure of yield potential, it can provide producers with good insight into their crop.

While losing flowers and pods is normal, Lofton said it starts affecting yield around the R4 stage. A research project done by one of his students, in which flowers and pods were completely removed from the plants top, middle and bottom thirds, found that plants can recover in the right conditions.

“When we’re are R3, we can recover, especially if you’ve got a good branching bean and you’ve got the right conditions late season to put those branches on,” Lofton said. “By the time you got to R6, you couldn’t recover.”

Where pods are lost on the plant can also have an impact on how well the plant recovers and subsequent yields.

“You get good row lap whenever you get a big, tall bean with a lot of biomass, but does that always relate to yield? No, especially when we get these kinds of conditions, you got to keep the water demand of all that biomass going,” Lofton said. “And if you're limited on water, like the folks are here, you're solely feeding biomass with none leftover for those beans. You’re hurting your yield by having a lot of biomass that you just can't keep up with at this stage in the game.”